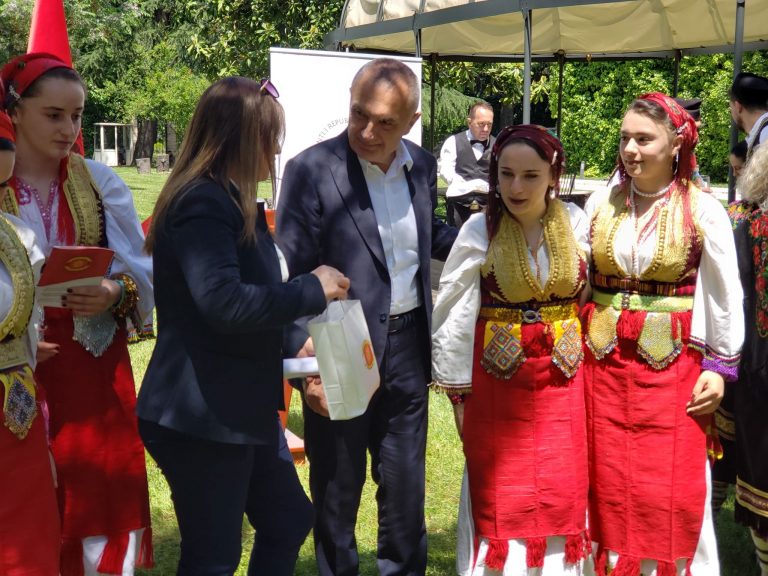 Representatives of the ethnic Macedonian minority in Albania performed an oro and sang the song Biser Balkanski in the Albanian President’s residence in Tirana.

The manifestation marked the International Day of Cultural Diversity and Dialogue.

During the event, the President of Albania Ilir Meta called for the respect of the rights of all citizens and communities living and working in Albania.

Elsa Xhelili, who represents the organization Ilinden in the city of Elbasan, spoke at the event about the Macedonians in Albania and their cultural associations.

Albania has an ethnic Macedonian population whose civil rights are limited to a number of villages in the Small Prespa region.

According to the organization “Ilinden” which represents Macedonians in Albania, the number of Macedonians is much greater than those presented by the state as Macedonians live across the country.

Due to systemic limitations of the census, ethnic Macedonians haven’t been able to declare themselves as such.