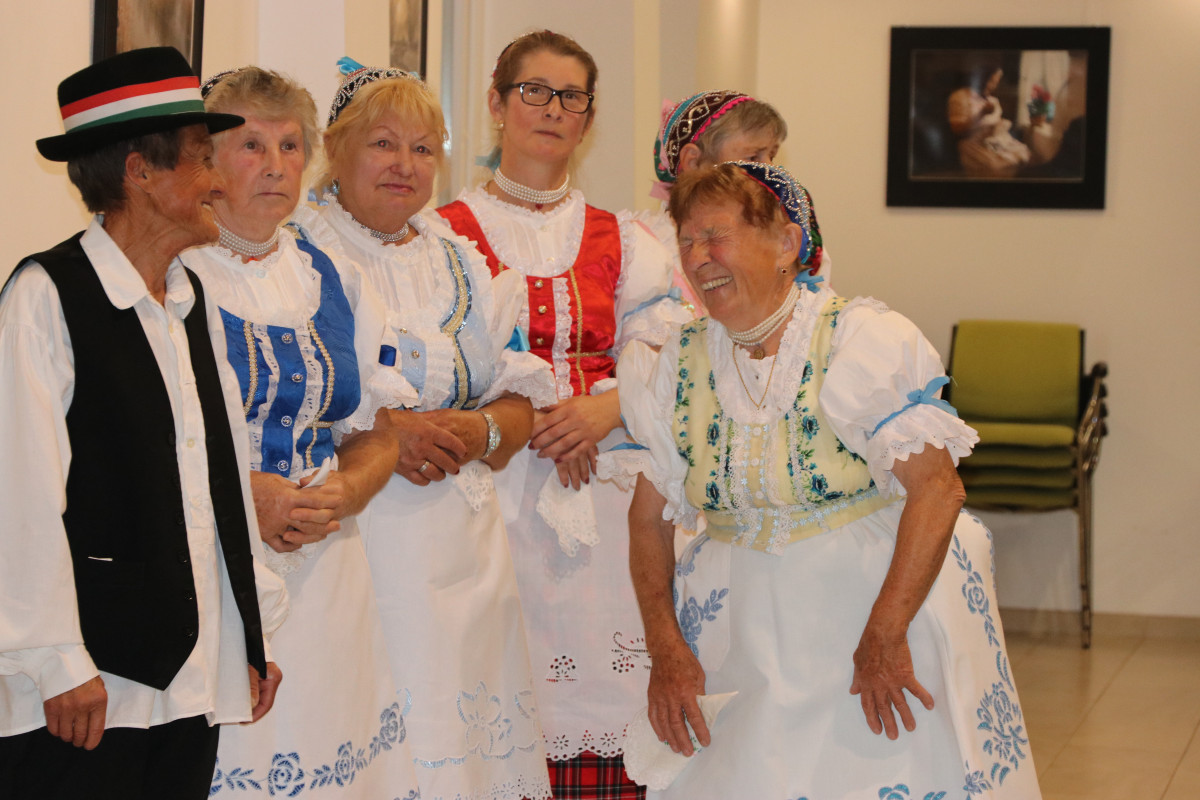 oszo@slovaci.hu
www.slovaci.hu
Alžbeta Hollerová Račková
The ancestors of the Slovaks living in current Hungarian territory arrived in the areas destroyed and depopulated during the Turkish rule in several waves since the late 17th century from the overpopulated counties of Upper Hungary stricken by famine and religious conflict. Due to partial exemptions from obligations to feudal land-owners, religious freedom and the new settlers' diligent work, the Slovak community founded or repopulated hundreds of towns and villages, such as Békéscsaba, Szarvas, Kiskőrös, Nyíregyháza, Tótkomlós and the Romanian border town of Nagylak, as well as various areas in Vojvodina in Serbia.
The 1993 parliamentary adoption of the Act on the Rights of National and Ethnic Minorities opened a new chapter in the life of minorities in Hungary, including the Slovak minority. The most important change was the creation of the system of minority self-governments, and the radically new legal rights of these local, national, and – eventually – county-level bodies and their ongoing and more and more professional activity, and, last but not least, the guaranteed – if limited – budgetary support they receive. In this improved environment, the cooperation of Slovak self-governments and NGOs helped reinvigorate the Slovak community to the extent that the number of people claiming to be Slovak during the 2011 census showed an increase of almost 70 per cent at 17,692.
The National Slovak Self-Government started to set up its institutions around 2000. First of all, it took over the rights to the weekly Ľudové noviny and then the Research Institute of Slovaks in Hungary from the Association of Slovaks. This was followed by taking control of the Vertigo Slovak Theatre and the Slovak Documentation Centre, and then the foundation of the Slovak Public Education Centre, now operating ten local branches. One by one, the National Slovak Self-Government became the operator of the bilingual schools in Szarvas, Békéscsaba and Sátoraljaújhely, with the Slovak Pedagogic Methodology Centre providing support to other institutions teaching Slovakian around the country. The “Legatum” non-profit company was set up to provide technical and financial assistance to the minority self-governments that run the Slovak folk museums, and it also publishes the Slovak weekly newspaper and almanac. Making the most of its legal possibilities, this company also set up the Foundation for Ethnic Slovaks in Hungary, which operates a bursary system supporting children's secondary school studies.

Thanks to the legal and financial guarantees provided in Hungary, the National Slovak Self-Government currently runs a total of 10 institutions including its own Office, a company and a public service foundation. Slovakia provides the self-government with significant diplomatic, technical and financial support, and it has established a close cooperation with the organizations of Slovaks living in Romania and Vojvodina, with the World Federation of Slovaks Living Outside Slovakia, and the Federal Union of European Minorities in order to help the descendants of Slovak settlers preserve, enrich and pass on their culture in Hungary.
The National Self-Government of Slovaks in Hungary is a member of FUEN since 2004.